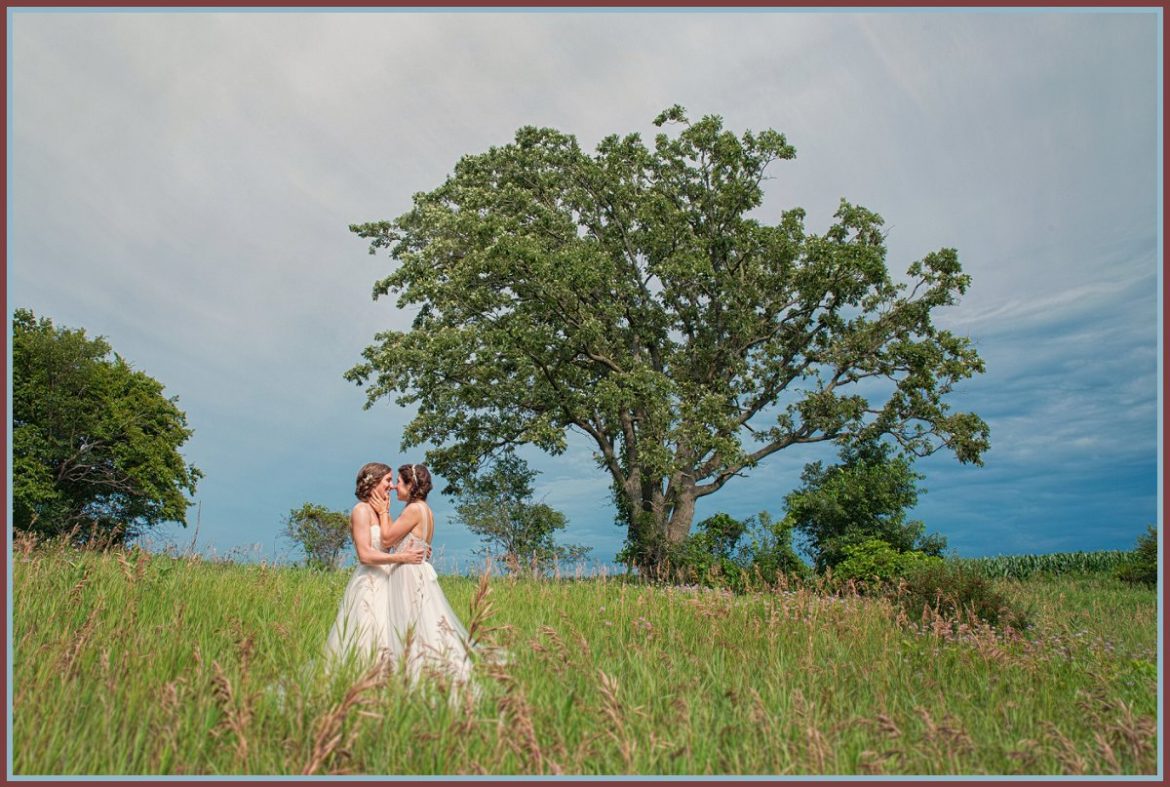 Melissa and Laura had a lovely LGBT Wedding and were married on Laura’s family farm where they produce cheese in Wisconsin.  The barn had not been used in a few years and had been converted into a country store at one point but then closed.  Melissa and Laura had a DIY style wedding.  All the center pieces were wildflowers collected from the family property.  The wedding bouquets and bridesmaid bouquets came from a flower farm in Milwaukee.  Melissa’s sister and several of the bridesmaids put the flowers together into all the bouquets.  The girls and their family purchased material to drape from the open beam high ceilings cascading them down.  They used hay bales for their guests to sit on during the ceremony just outside of the barn where the reception was held.  All their friends pitched in and hand painted the signs.  They used mason jars with labels that they had hand written each guests name on.

This was our first LGBT Wedding and I really had so much fun with these two, their families and all of their amazing friends! I look forward to photographing many more LGBT Weddings in the future! Please visit my website Ann’s Photography to book your wedding! 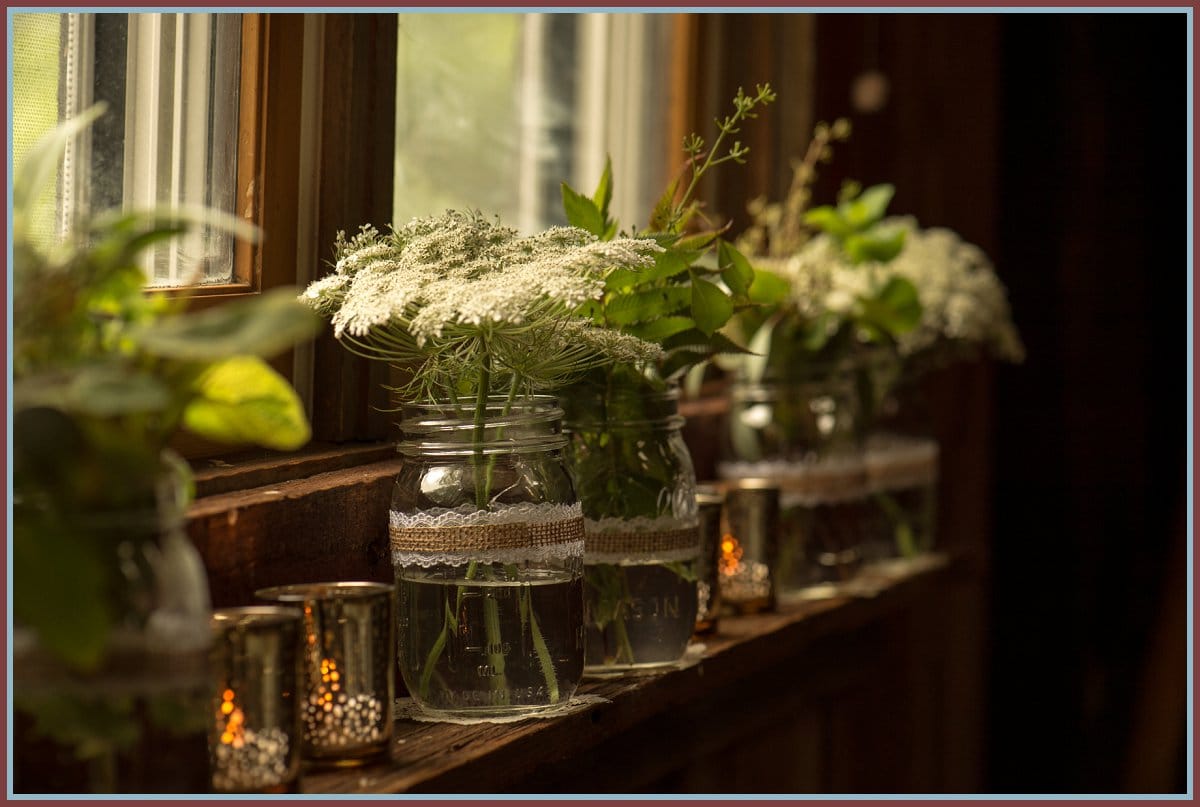 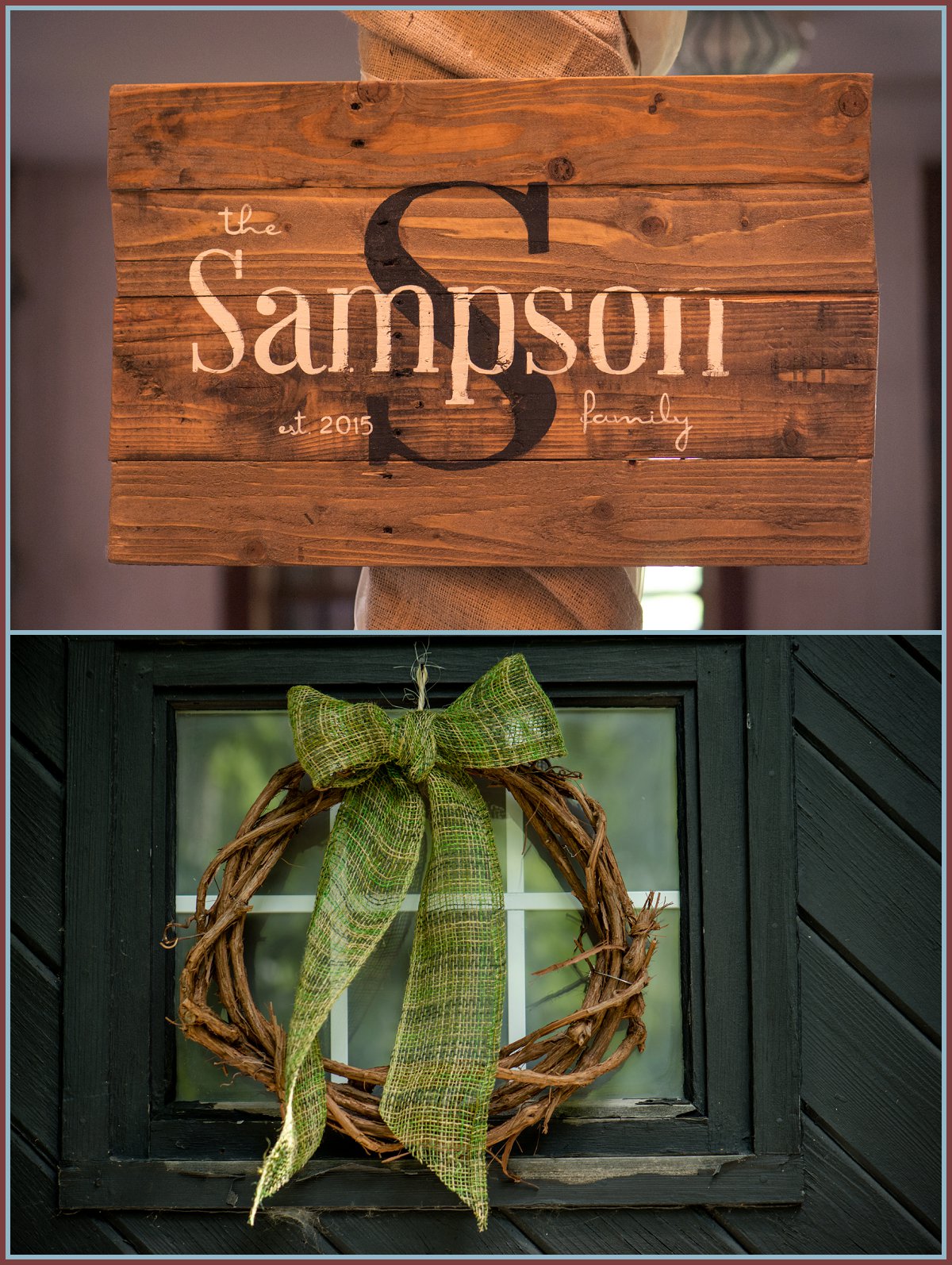 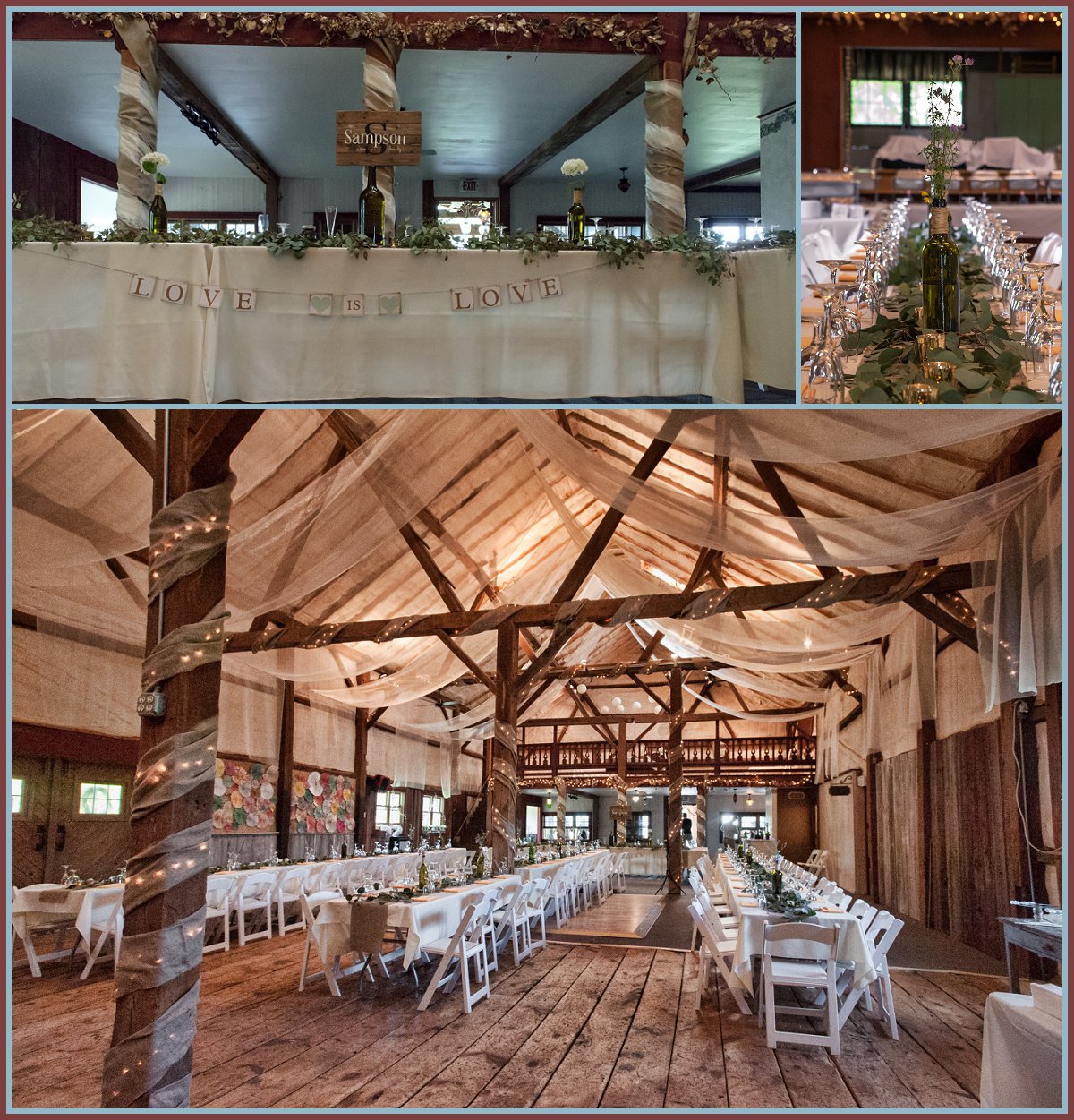 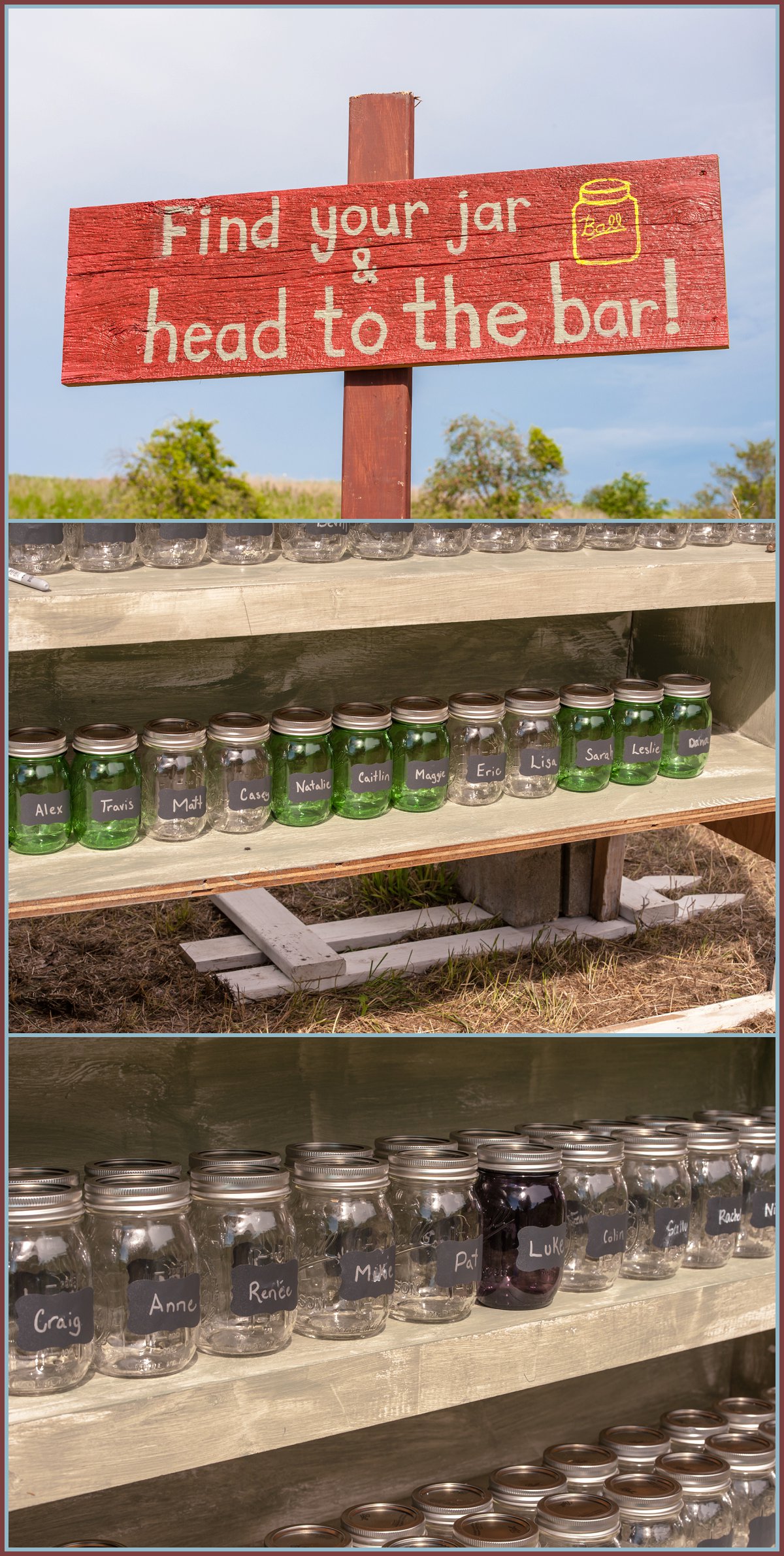 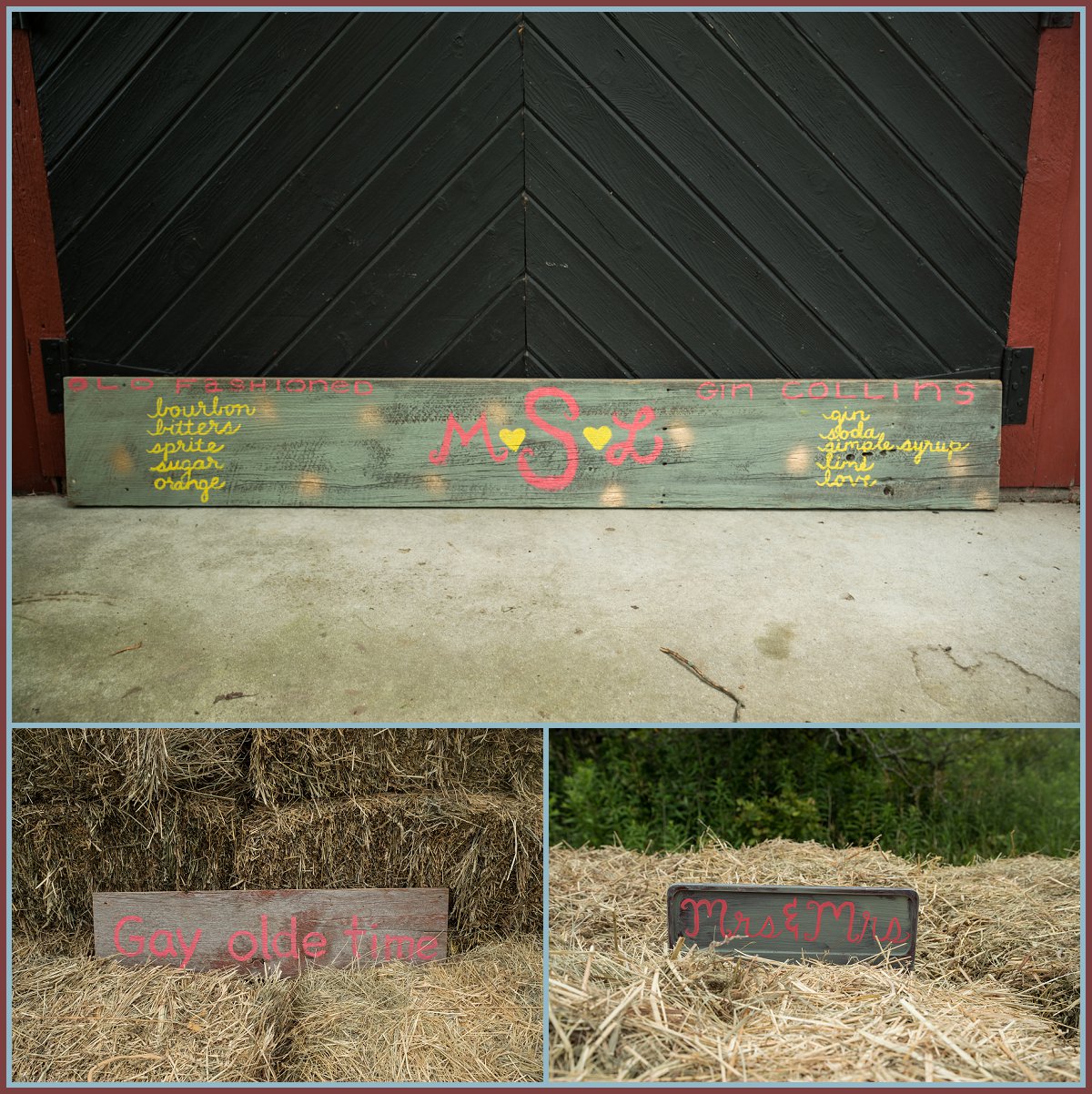 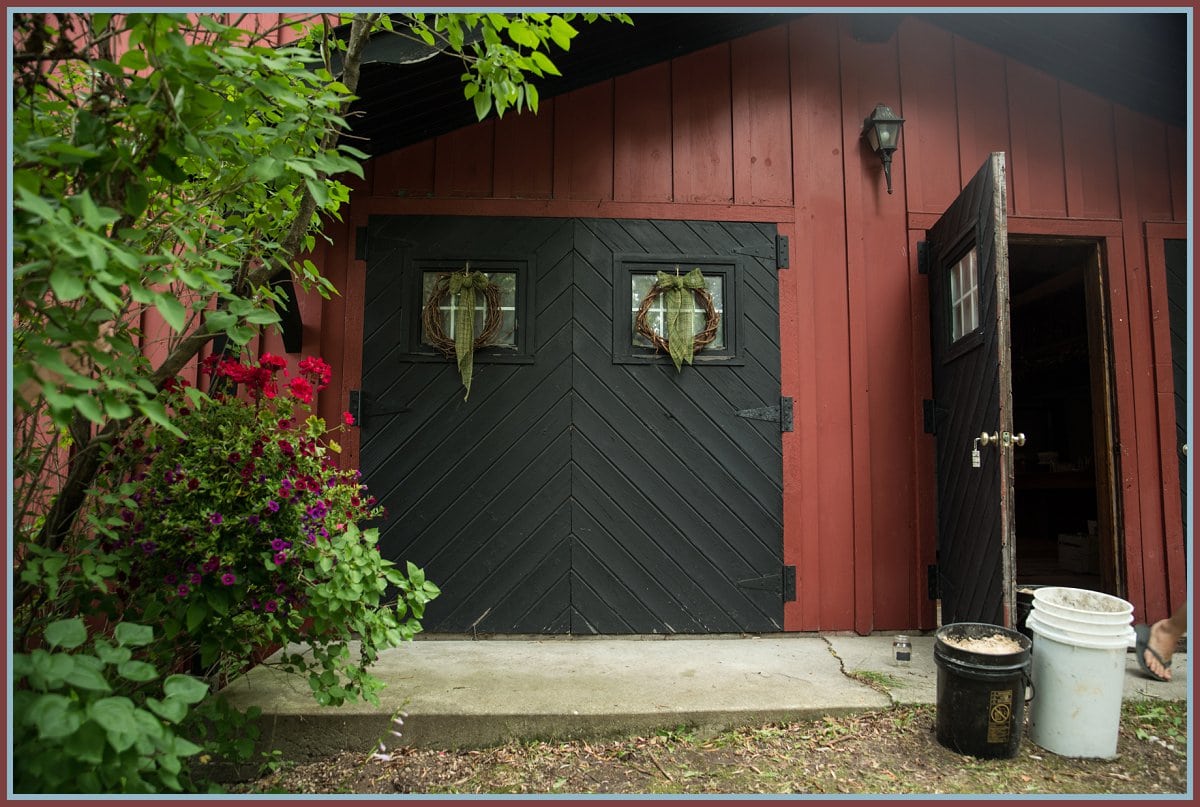 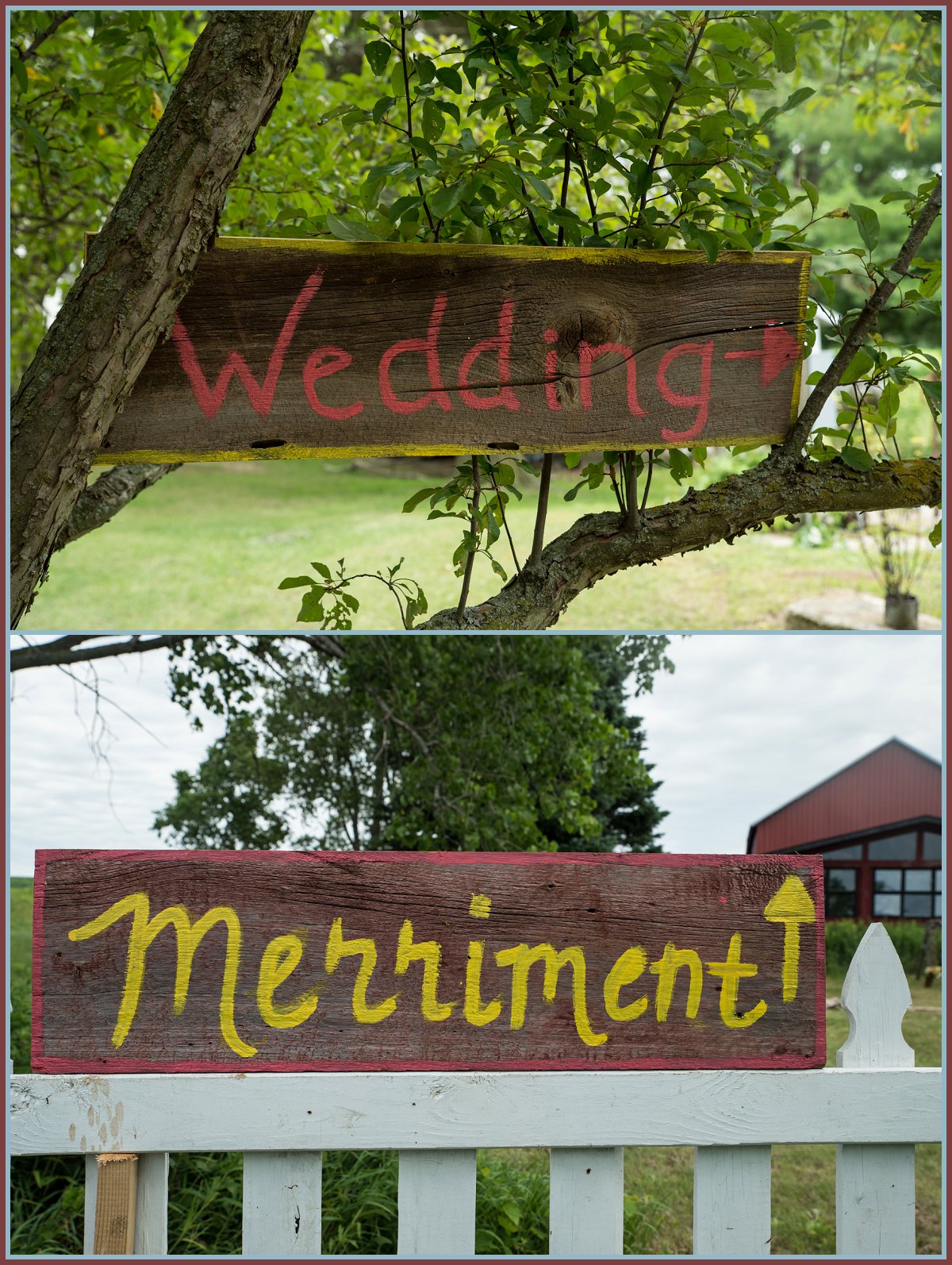 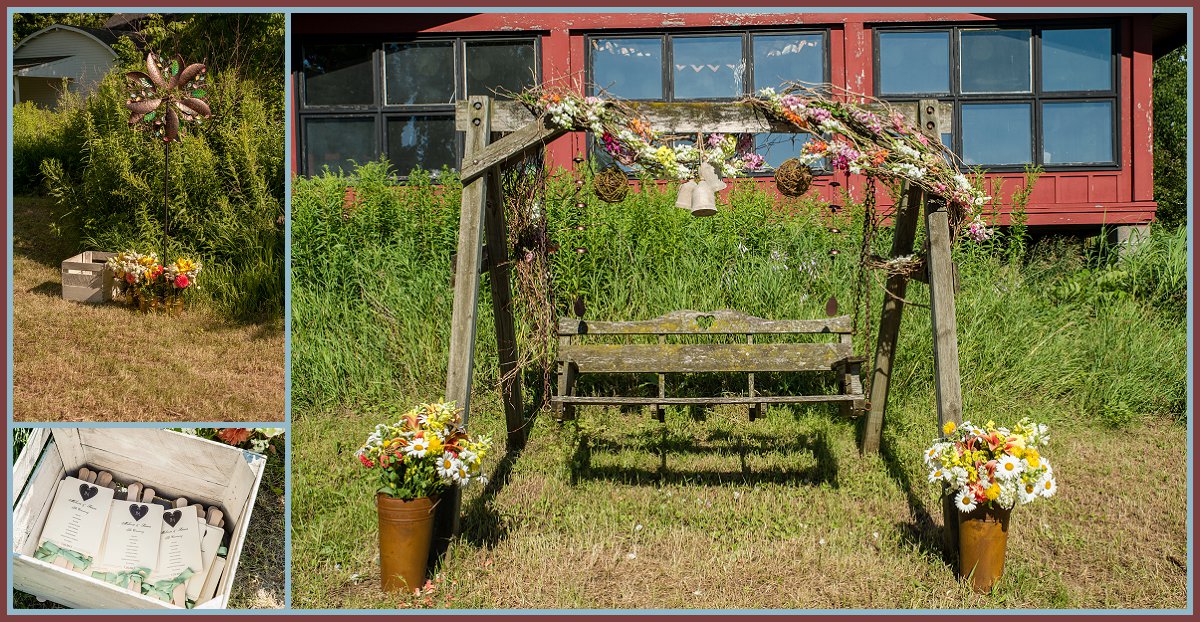 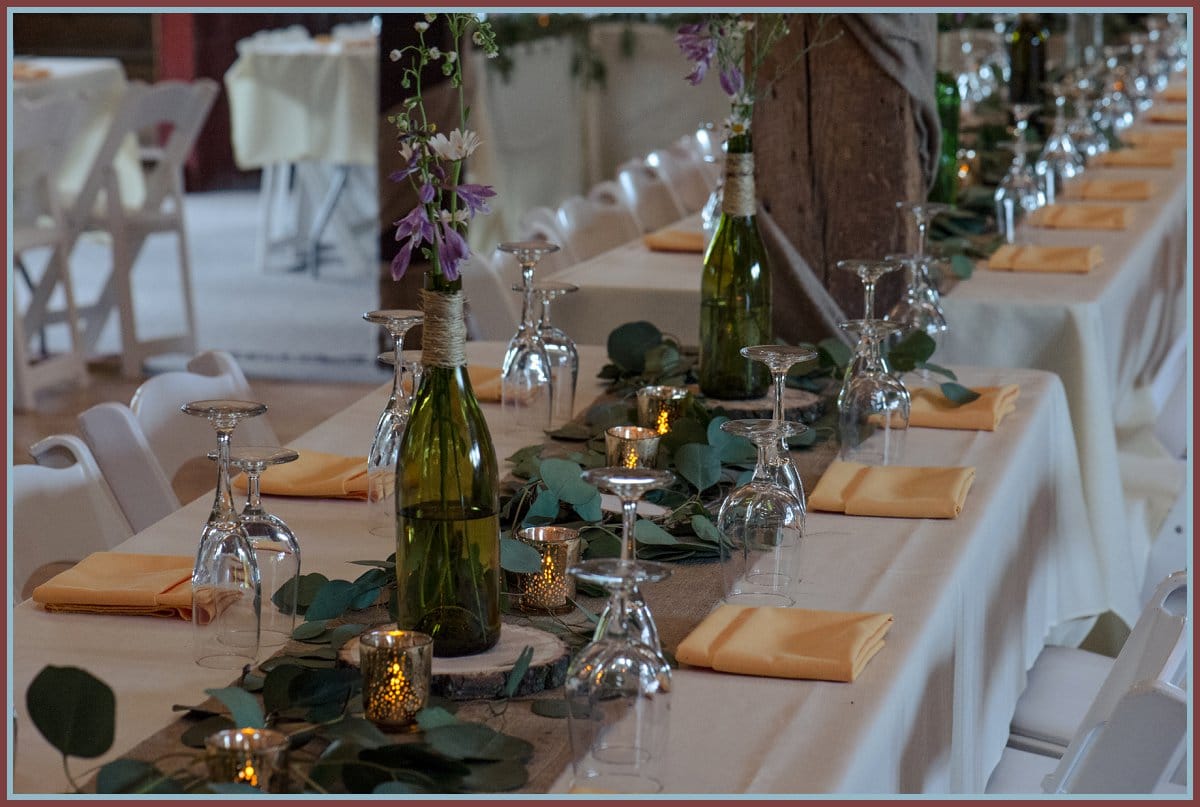 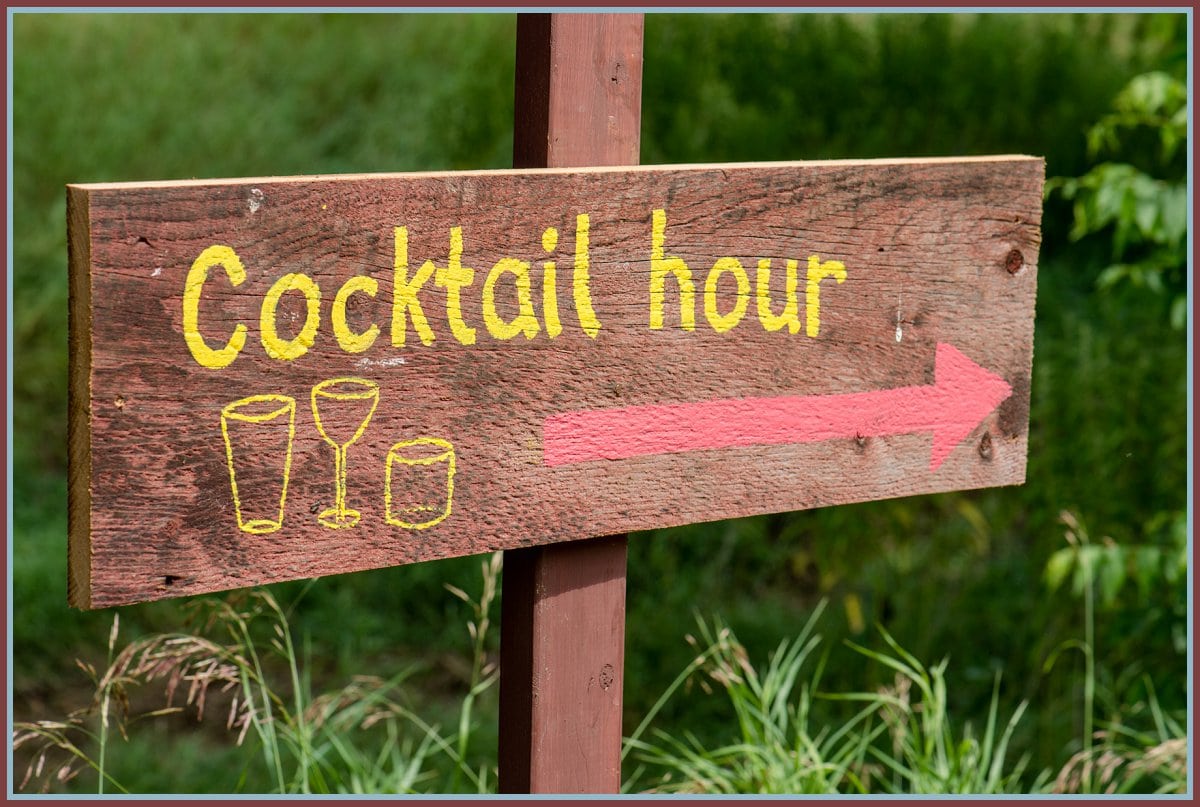 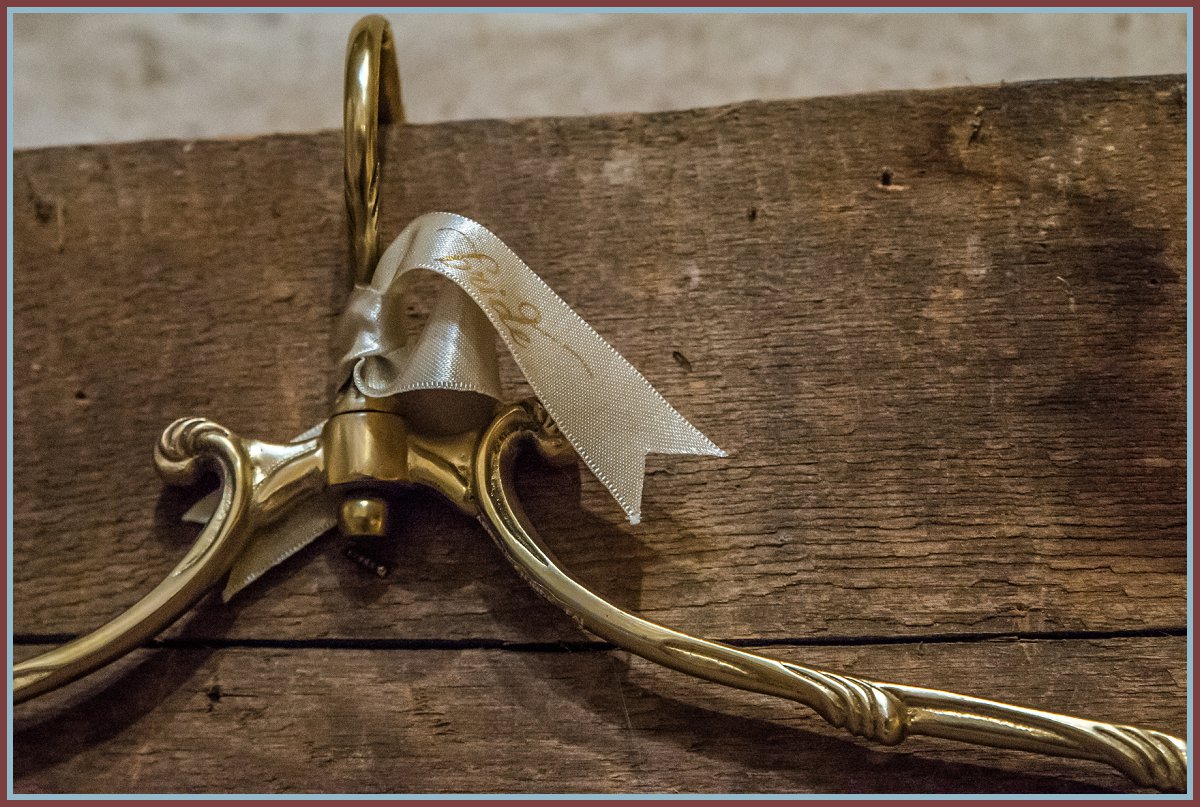 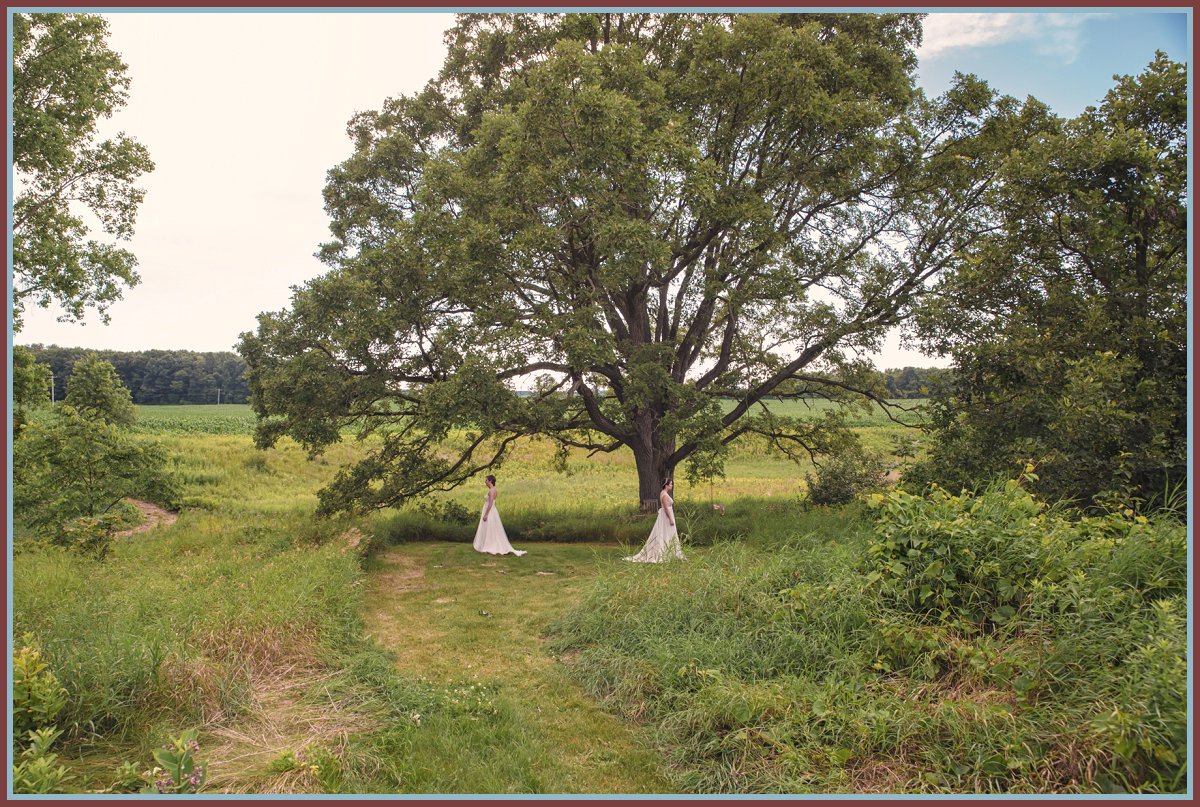 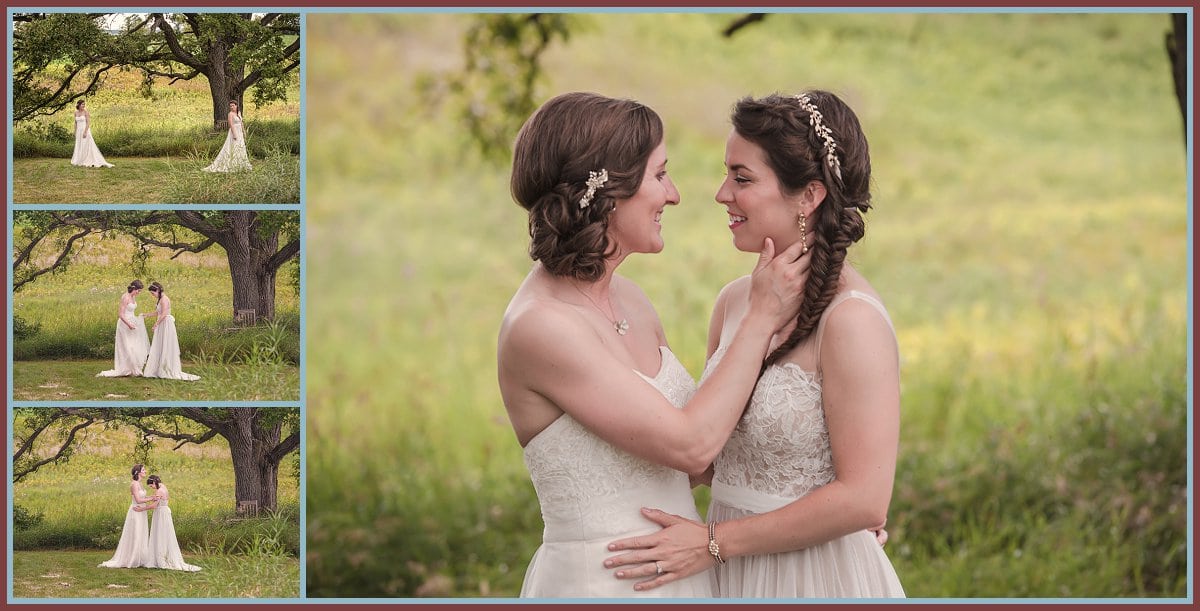 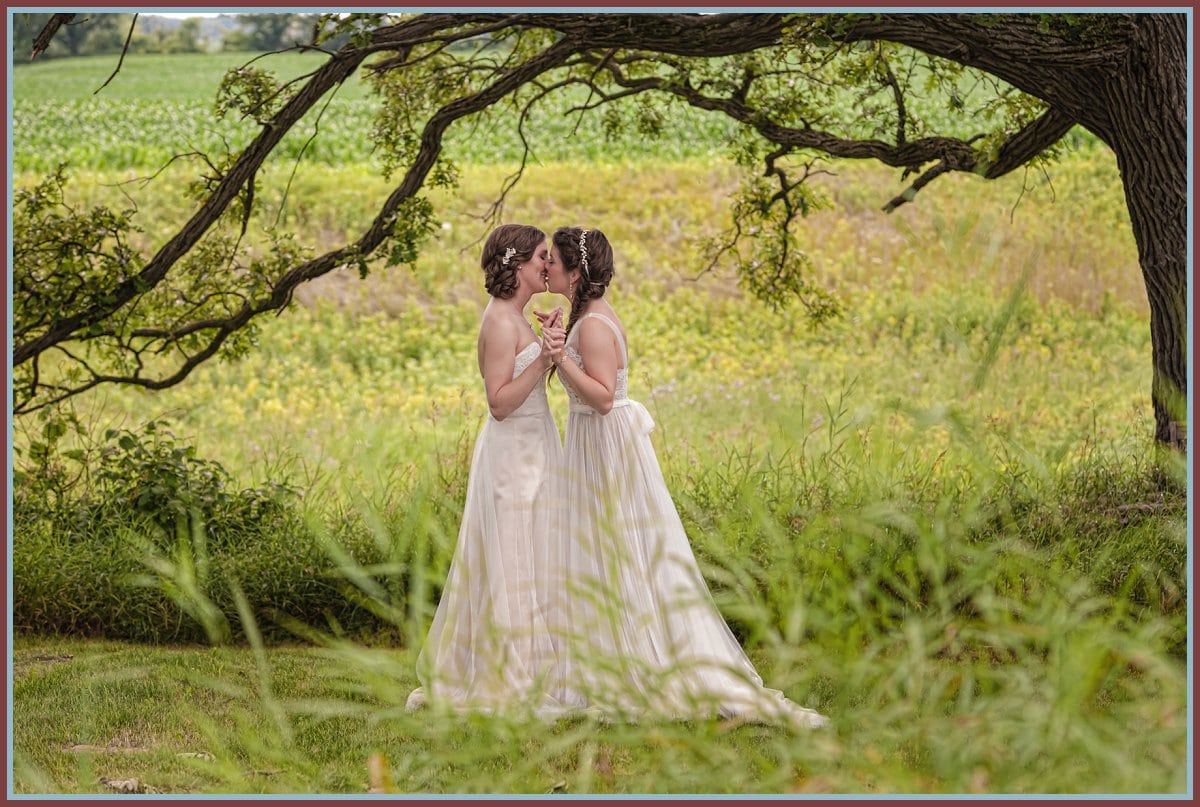 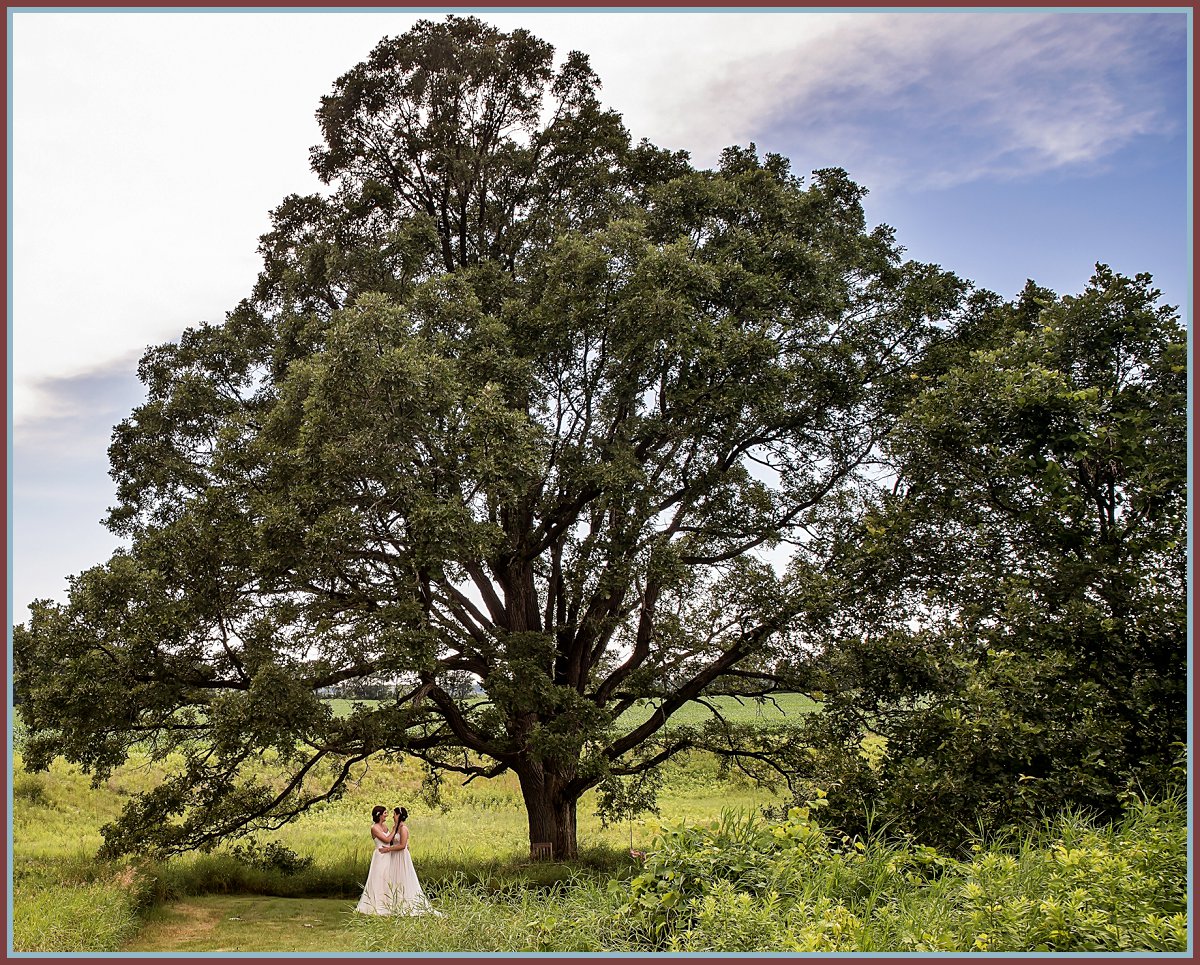 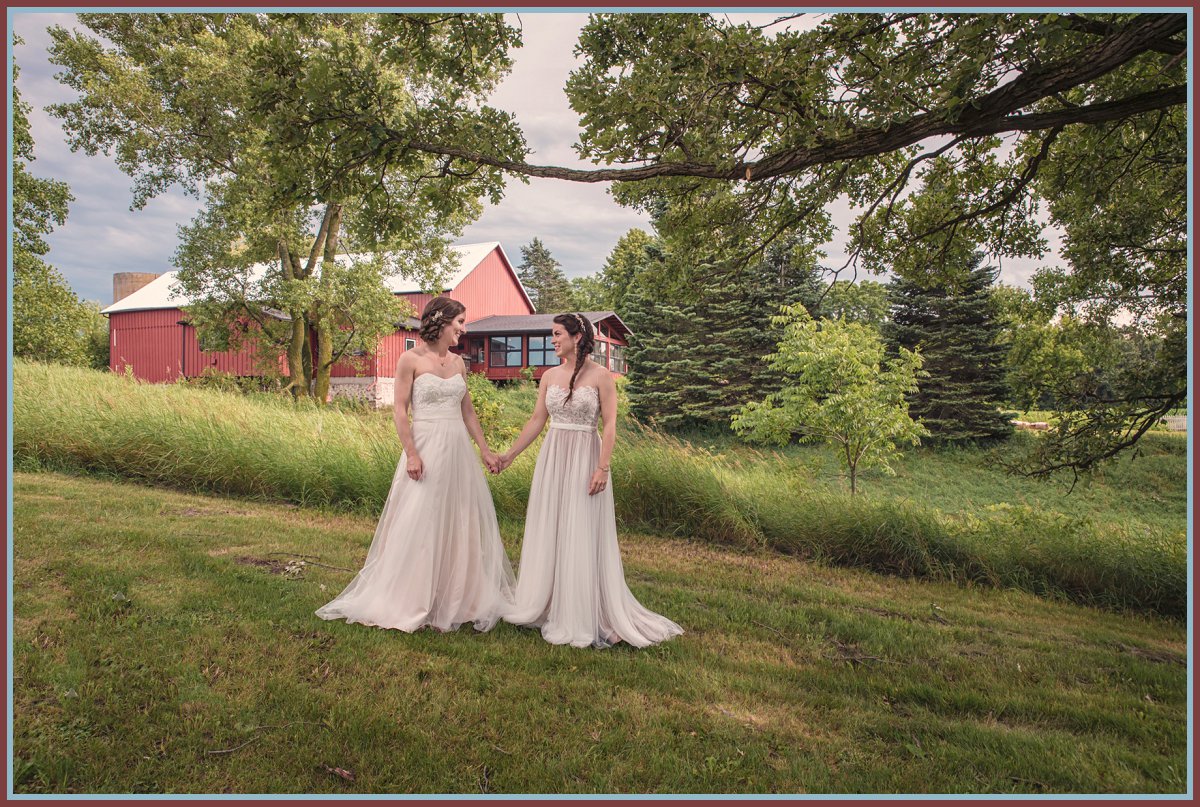 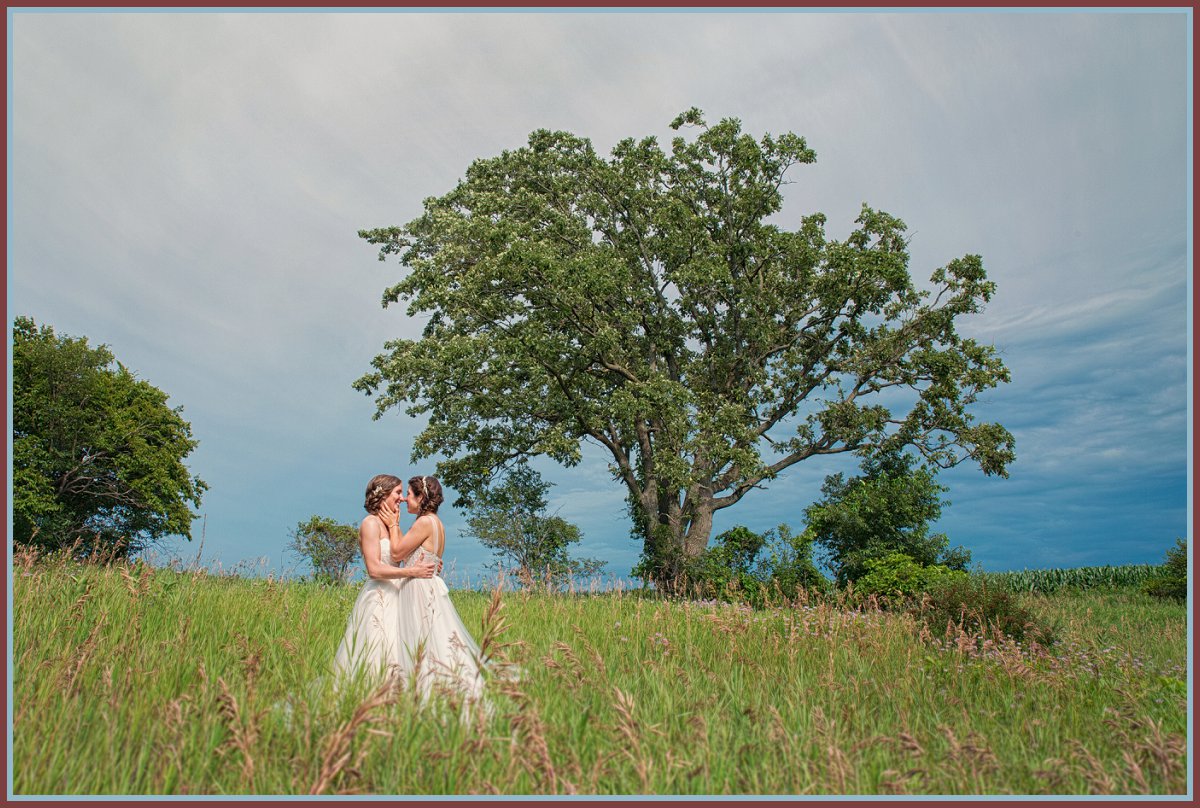 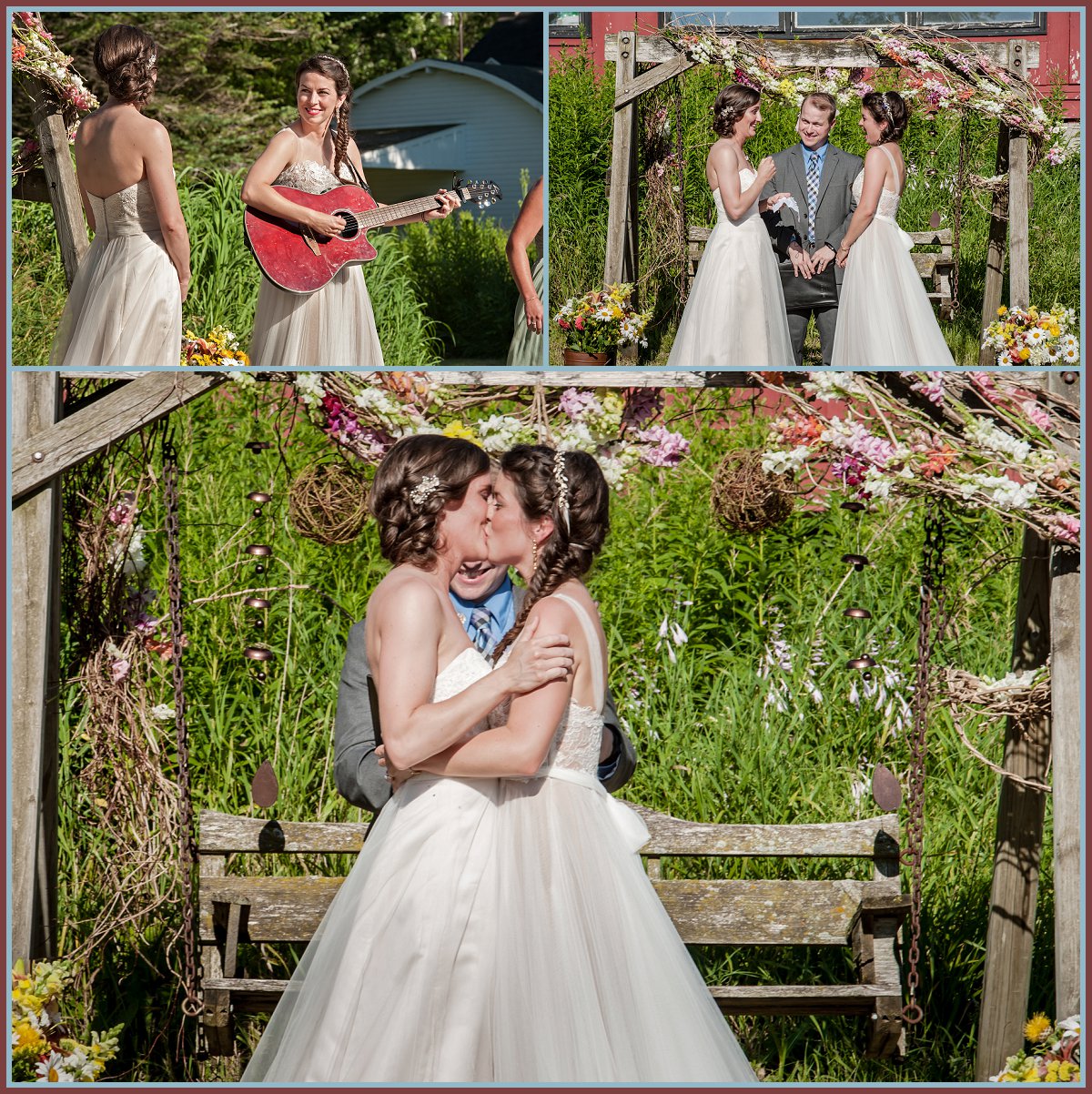 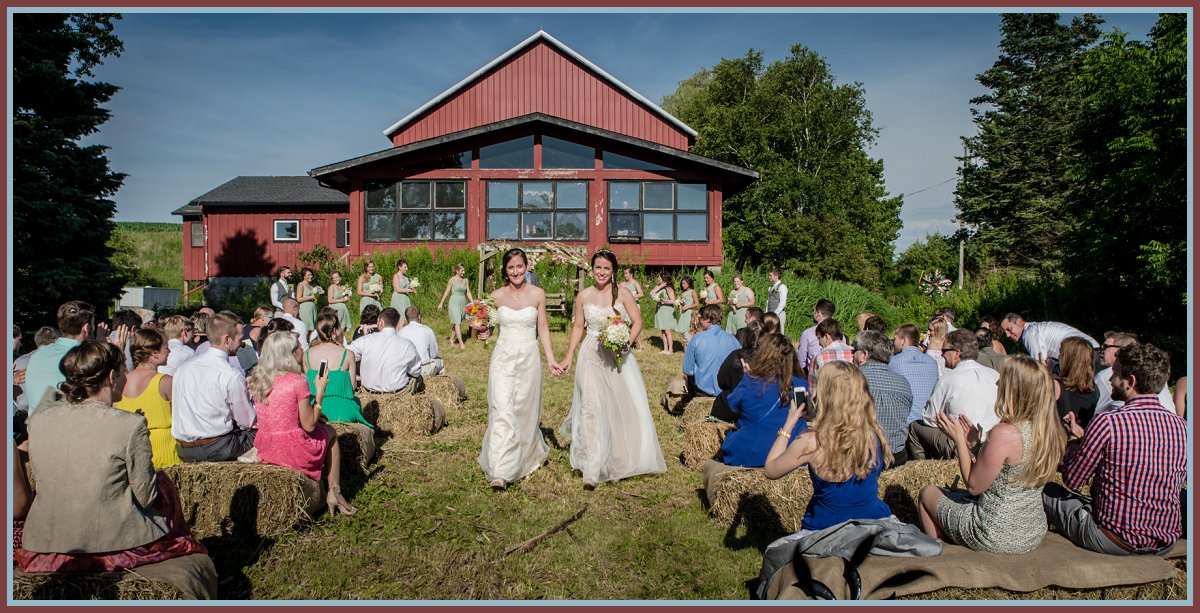 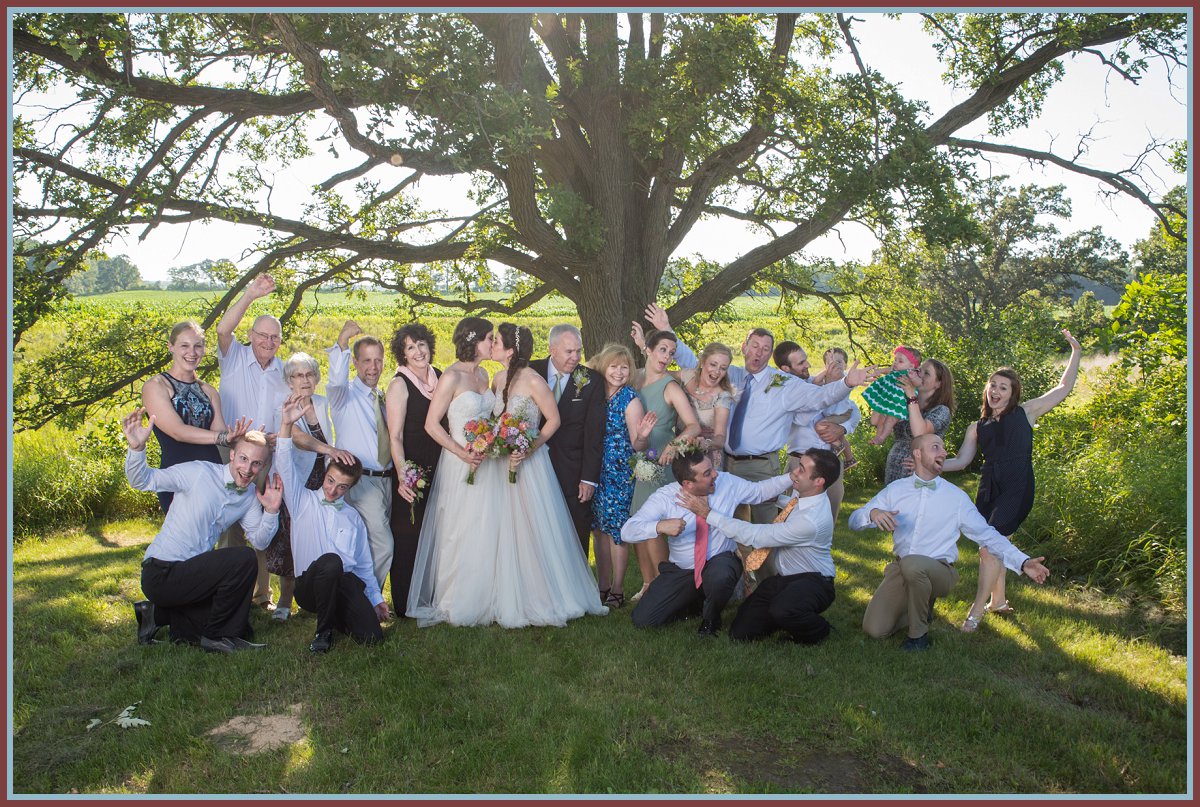 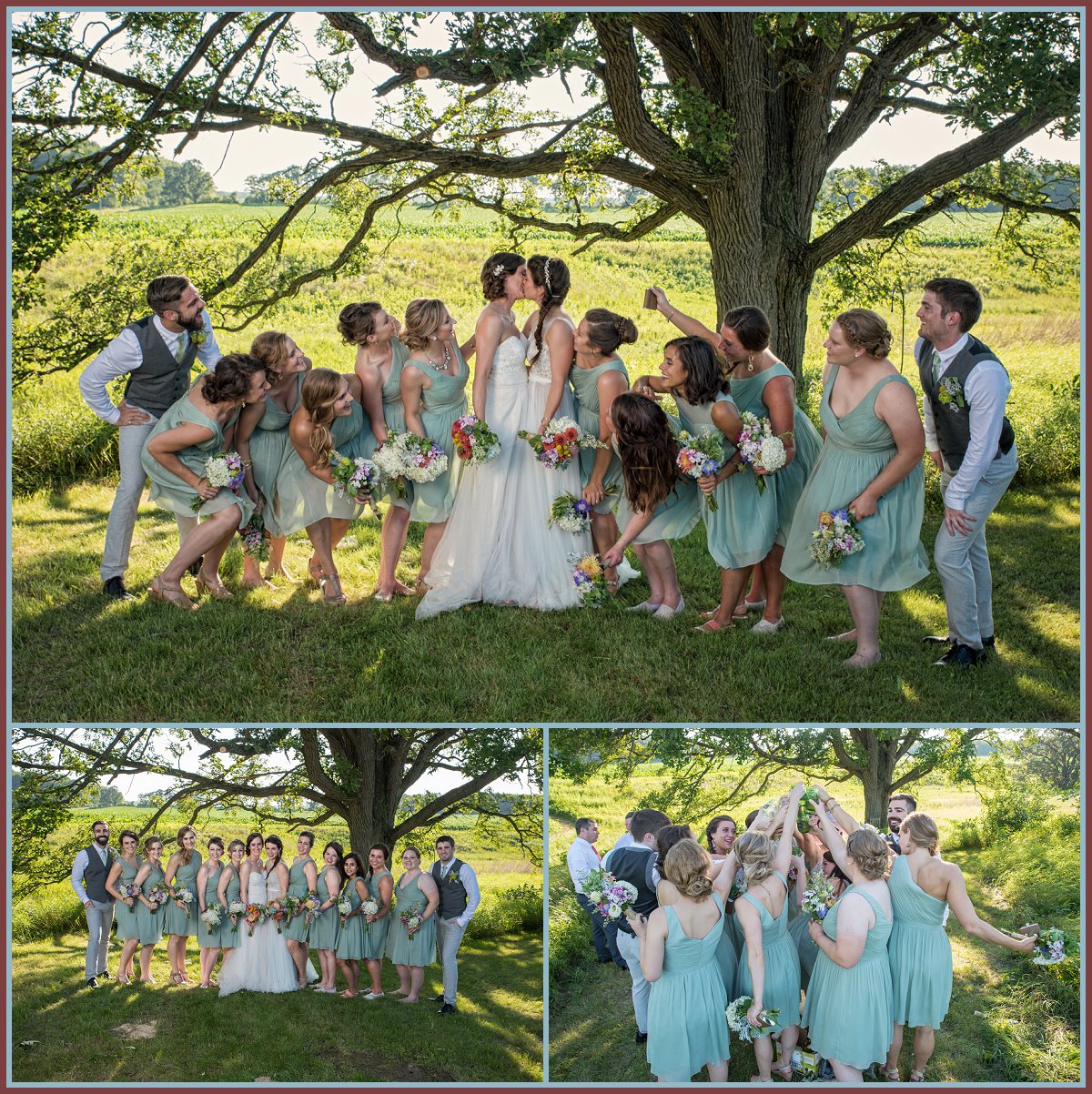 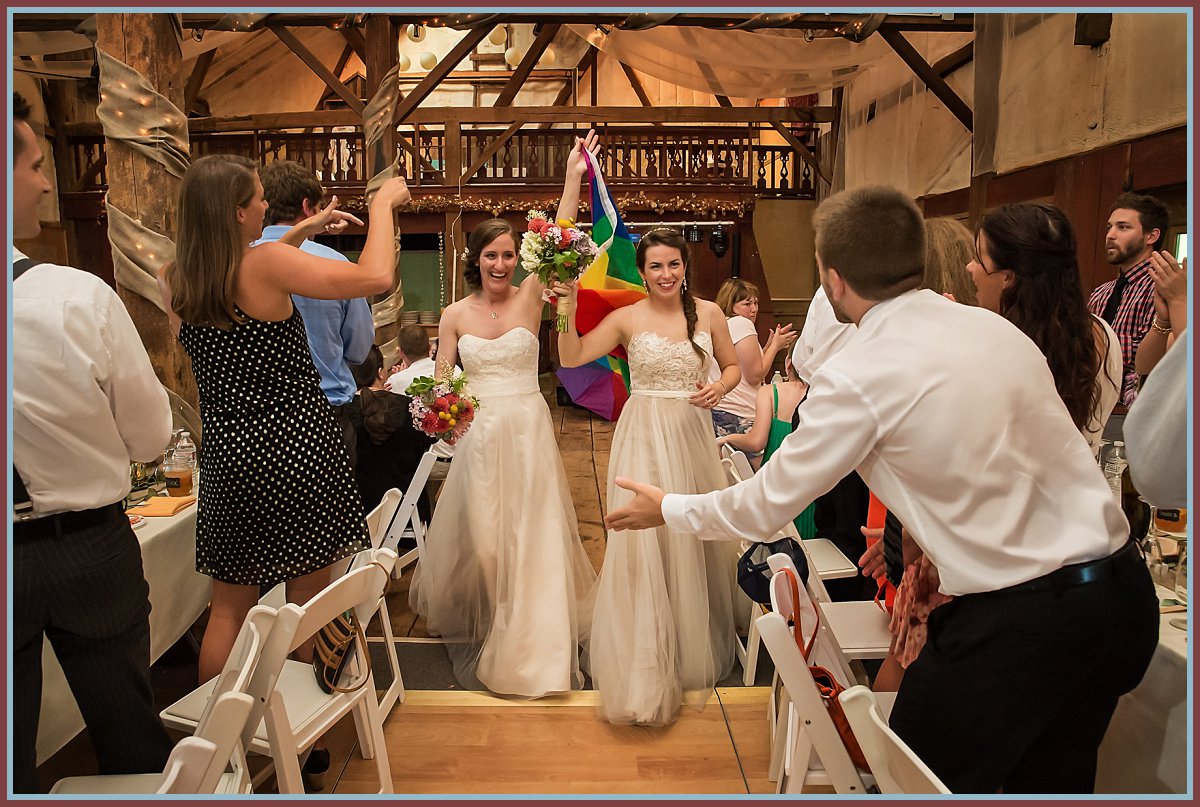 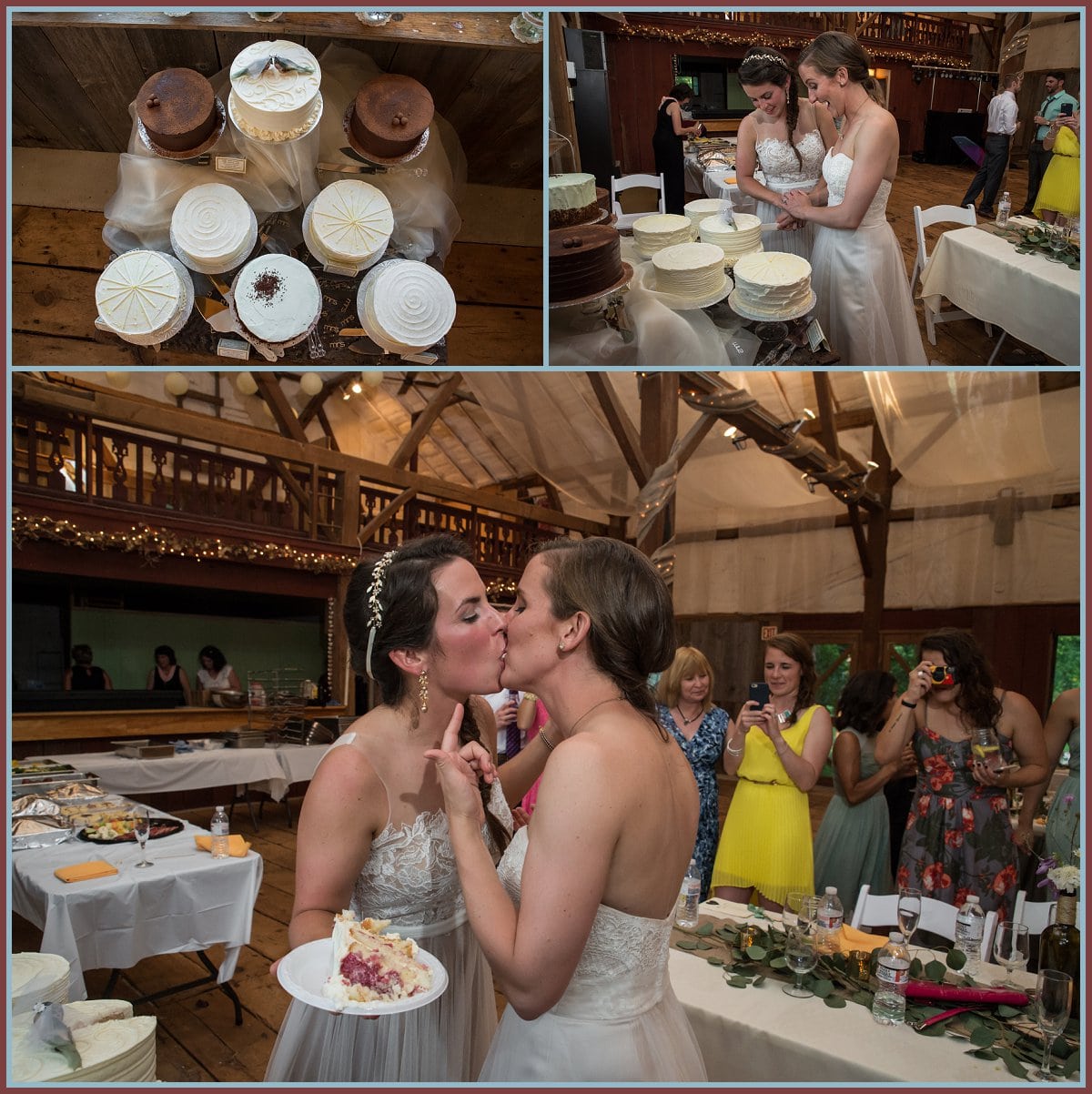 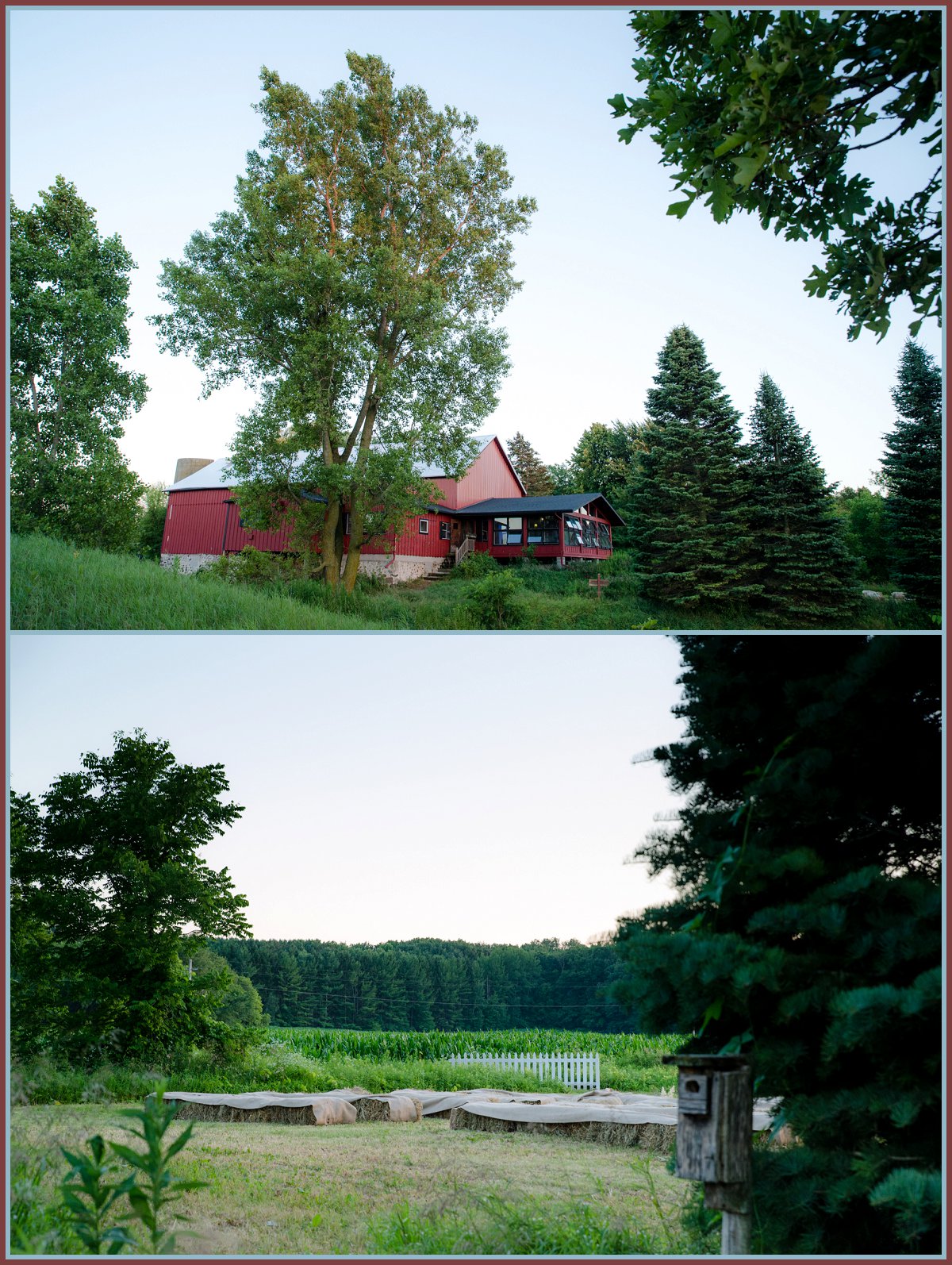 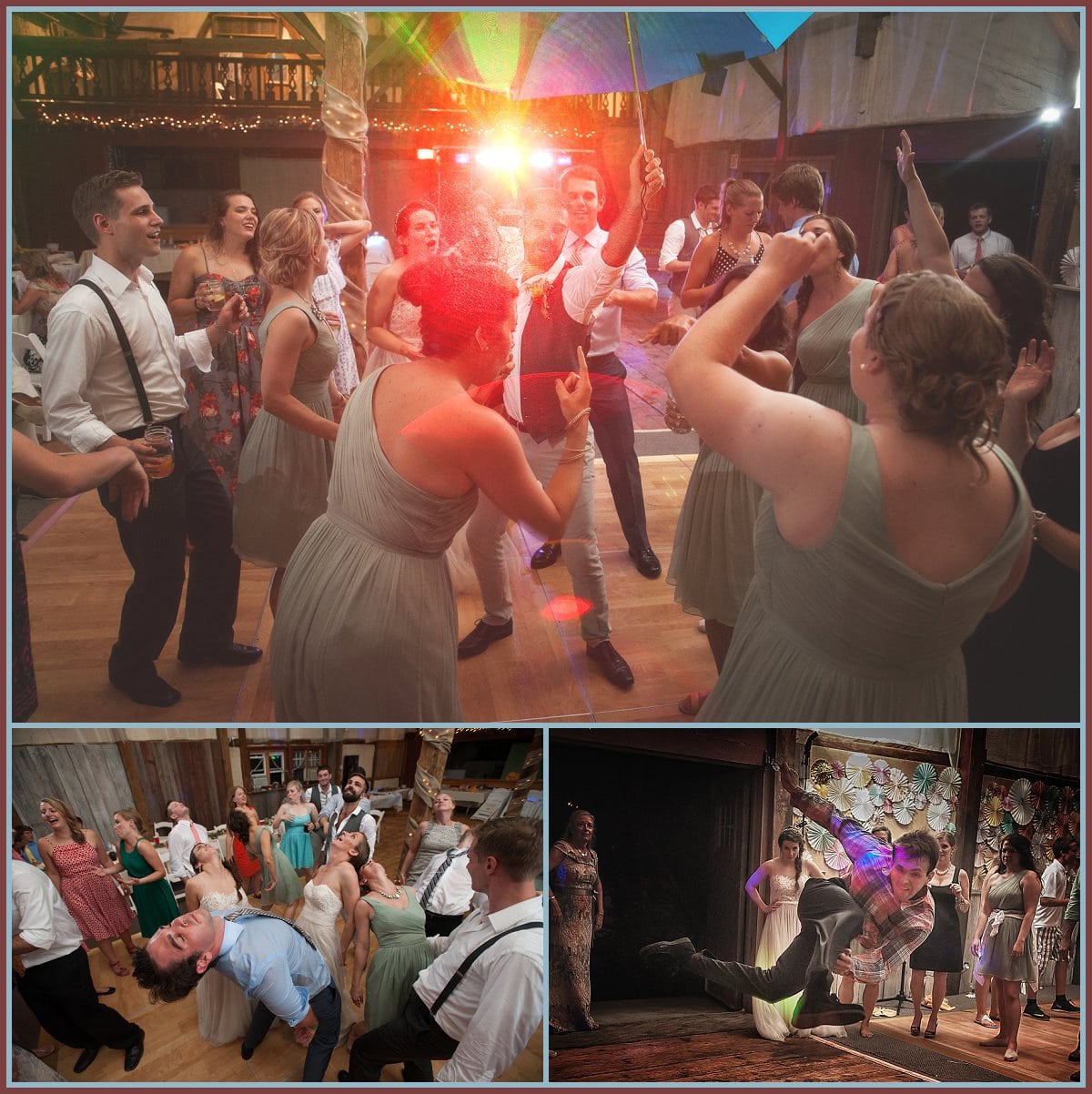 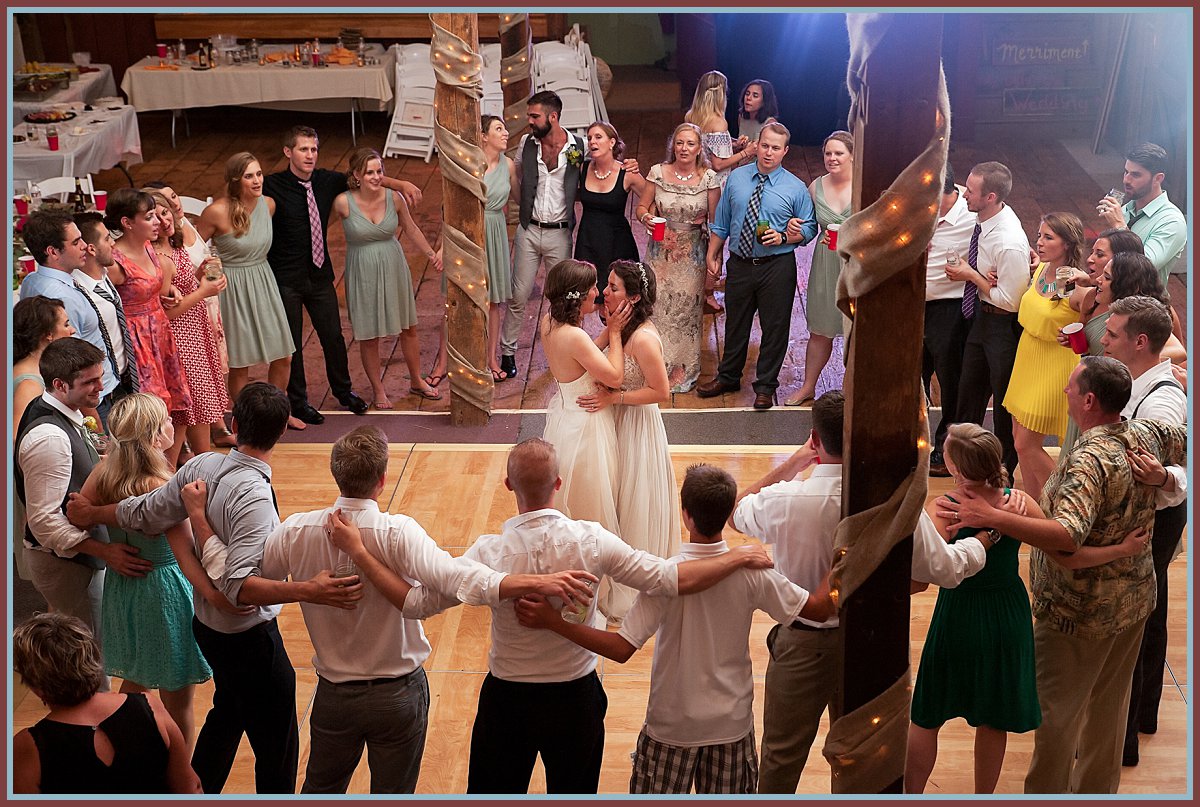 The day after Melissa and Laura’s wedding, they played beer ball with their friends in their wedding gowns.  A different way to rock your dress! 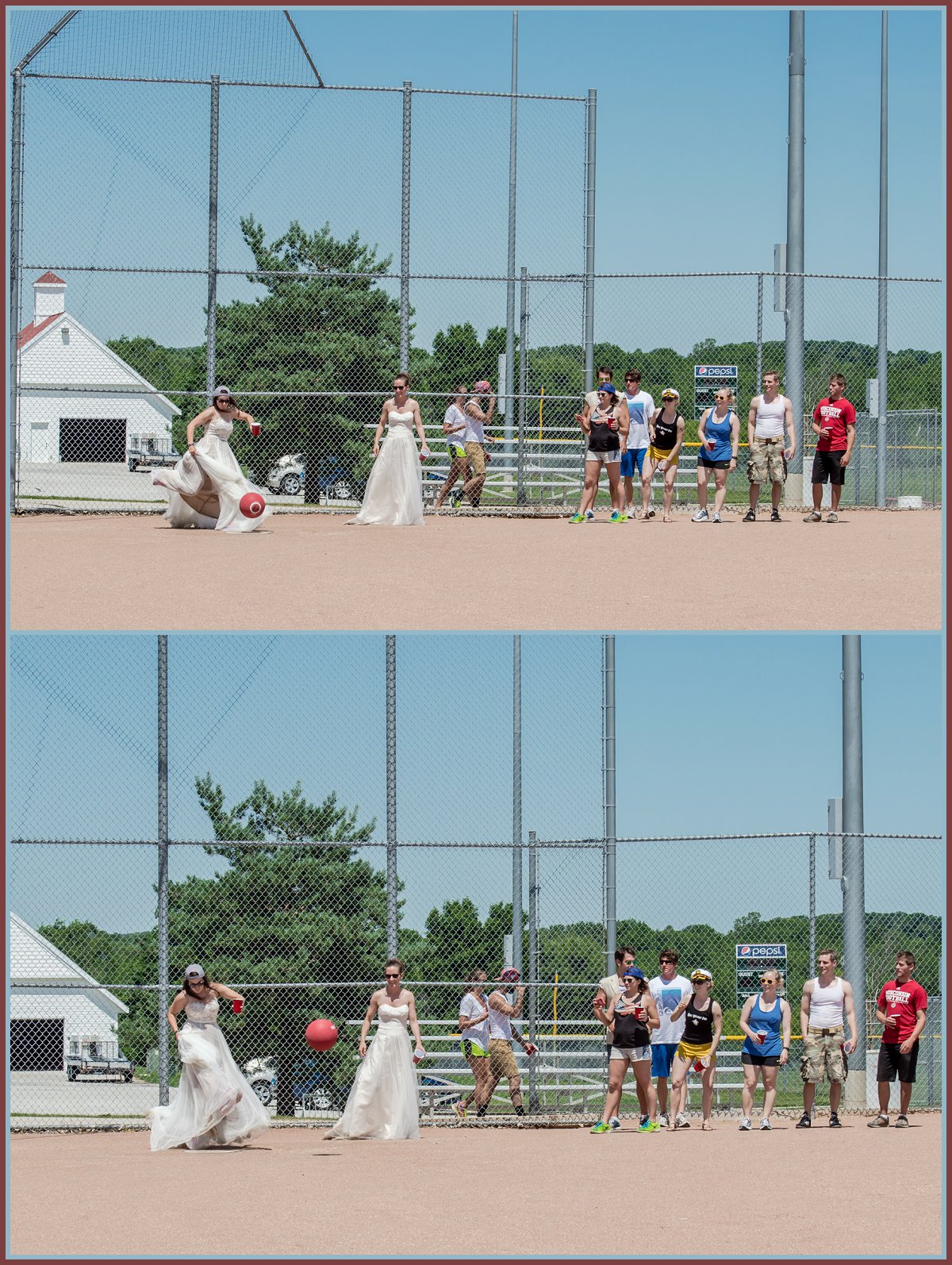 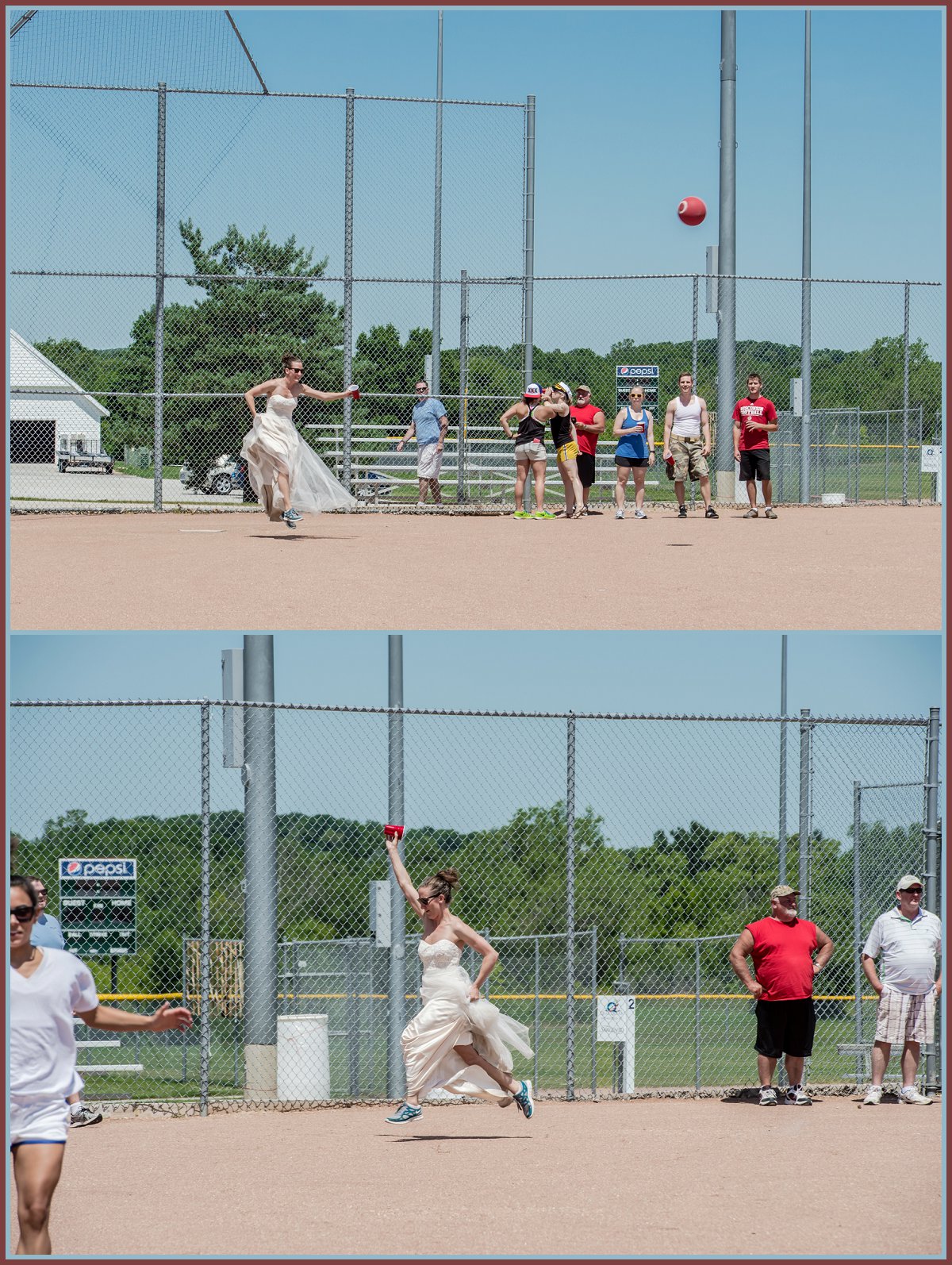 This is Melissa and Laura’s story of how they met, got engaged and planned their wedding in their own words!

Laura and Melissa met in North Carolina when Laura lived in Chapel Hill and Melissa lived an hour away in Southern Pines. They frequently made the trips to each other and fell in love on little dates at this small bar called The Bell Tree Tavern, where they would play a “spot the difference” game called Photo Hunt and sip on Allagash White. After two years of exploring the ins and outs of NC, including many museums where they would learn about space (Laura’s favorite thing ever), they decided to move to Chicago together. A few months after getting settled, Melissa took Laura out to dinner to a beautiful downtown restaurant on their anniversary and Melissa said that she had a couple of anniversary gifts for Laura. Being the nerd that Laura is, Melissa tried to have Laura figure out what the chemical formula to a very specific compound was, saying that she got it for her as a gift. As Melissa tried to tell Laura what the structure would be, Melissa eventually told Laura that it was a compound originally isolated on from a meteor (read: from SPACE!!!) and that it was incorporated into something Melissa was giving Laura. After that, Melissa pulled out the ring and laid it on the table. After Laura spent a full minute being shocked/enamored/full of butterflies, basically the entire restaurant cheered for them and celebrated with a toast and their rose gold utensil for special occasions. They left that night and moved forward… for eternity!

Now… Laura couldn’t just leave her beautiful fiancee Melissa without a ring, so she told Melissa that She would buy one as soon as she could afford it, but it would probably not be for a long time. Within two days, Laura purchased the ring that Melissa had long since desired, only having to wait to get it sized since Melissa has teeny tiny little fingers. A few weeks later, Laura planned a trip to St. Louis to visit her brother and sister-in-law, where they got a personalized tour of the city from one of Laura’s brother’s work acquaintances. As the two approached the most beautiful spot in front of the St. Louis Arch, snow began to lightly fall and Laura made Melissa pose for a photo. Instead, Laura pulled the ring out of her pocket and asked Melissa to be her wife… again, while getting the whole thing on tape. 🙂

As far as the venue, the two had several different ideas as to where to get married. However, just prior to our engagement, Laura’s family acquired the barn that our photographer Ann Norment has now run 15 miles in! Having been built over 100 years ago by a man named Henry Riordan, it was bought and re-purposed in 1970 as a retail craft store and restaurant space by Rebecca Summers. Being so close to the Goeser Dairy (the family farm), their families developed a close relationship, and Laura’s Grandma would take Laura to that shop whenever she would visit her! As Ms. Summers grew older, she eventually closed it down and decided that she wanted it to be in the Goeser family since the two families had developed a close relationship. Ms. Summers passed away in 2013, and it was passed to Goeser Dairy. Ms. Summers had her ashes sprinkled on that great tree where Laura and Melissa had their first look.  Mrs. Summers had loved the land and the property that she had built. She was surely smiling at Laura and Melissa on that day, and would have loved to be there to witness it.

Ann’s Photography has been in business since 2009 and proudly serves the LGBT community and is LGBT wedding friendly!

Sorry, the comment form is closed at this time.